Press release from the Town of Smithtown:

On Tuesday morning, the Town of Smithtown Department of Public Safety welcomed four new officers and recognized the efforts of six department members for outstanding measures within the community. On June 1st, 2021, Supervisor Ed Wehrheim administered the oath of office for the four new members during the swearing-in ceremony which was held on the steps of Smithtown Town Hall at 11am. The ceremony was led by Chief Tom Lohmann. In addition to the swearing in of Park Ranger Christopher Gonzalez, Fire Marshal Anthony Verni, Fire Marshal Kyle McCarthy, and Investigator Brett Bailey, Chief Lohmann presented six current members of the department with awards for their exceptionalism. Deputy Director Catherine Caillat and Chief Fire Marshal Nick Kefalos were presented with Exceptional Service awards. Sergeant Scott Roberts, Bay Constable Daniel Shannon, and Bay Constable David Rosenberg were awarded for Meritorious Service, for the rescue of six fishermen. Bay Constable Michael Grayson was presented with the first ever Peace Officer of the Year Award.    "I want to thank each and every one of you for your service, as you answer the call and undertake the noble path of watching over this great community. I have the utmost faith and confidence in your level of professionalism, your integrity and commitment to serve the people of Smithtown. I believe that you will make this community a better and safer place, and I believe that you will make us all proud. Congratulations, be safe out there and God bless!" - Supervisor Ed Wehrheim   "To our newest hires... congratulations on completing the academy. You did so in different circumstances than most of your peers. I'm not sure how you did DT and PT while social distancing and wearing masks, but you made it work. You're coming into law enforcement during a difficult time, but you're lucky to be a part of an agency and a township that supports and loves its law enforcement. I wish you all long, successful, and most importantly safe careers." - Chief Tom Lohmann   Bay Constable Grayson joined Councilwoman Lisa Inzerillo, and Councilman Tom Lohmann in presenting the Akerberg Family with a check for $5,744, which was raised during a T-shirt fundraiser to honor Bay Constable Thomas Akerberg. Grayson presented the Akerberg family with a replica of the plaque which is fixed to Bay Constable Thomas Akerberg's memorial stone, next to a tree, which is planted just outside of the entrance to the Department of Public Safety.    About the Awards: Deputy Director Catherine Caillat  received the Exceptional Service Award for her work spearheading the Zombie Grant Program, which is administered through the New York State Attorney General's office. Municipalities are tasked with cataloging and inspecting vacant and foreclosed properties throughout the township. Caillat oversees this program in addition to her daily responsibilities.    Chief Fire Marshal Nicholas Kefalos  was awarded for his work managing multiple FEMA Disaster Recovery projects. Chief Kefalos has had to manage two major FEMA disasters since his promotion; the ongoing COVID-19 pandemic and Tropical Storm Isaias, which caused significant damages through the Smithtown Township.   The Meritorious Service Award for a waterway incident rescue was presented to Sergeant Scott Roberts, Bay Constable Daniel Shannon, and Bay Constable David Rosenberg for their fast and brave actions which saved six fishermen off the coast of Cranes Neck in Smithtown Bay. On Tuesday, April 20, 2021, Sergeant Roberts, Bay Constable Shannon and Bay Constable Rosenberg all were recalled to the marina from their homes, boarded their patrol vessel and recovered the six individuals, in 30 knot winds and heavy sea conditions.    Bay Constable Michael Grayson  was presented with Smithtown's first ever Peace Officer of the Year award for his leading example, embodying the qualities of a great peace officer and personifying a positive representative of the department. Over the last year, Grayson, a former New York City Detective, organized and managed a T-shirt fundraiser for Bay Constable Thomas Akerberg's family, in which he raised $5,744. He has taken on a lead role in forming a Department of Public Safety Ceremonial Unit. Bay Constable Grayson was also the recipient of a Departmental Recognition Award for his role in the rescue of two kayakers in distress last July. In addition, Bay Constable Grayson has devoted numerous extra hours throughout the civil unrest and the COVID-19 Pandemic.  Peace Officer of the Year will be awarded annually on or around National Peace Officer Memorial Day, to a member of Public Safety who has consistently performed his or her duties with overall excellence throughout the calendar year.

This press release was produced by the Town of Smithtown. The views expressed here are the author's own.

Welcome To The Nesconset Fire Department 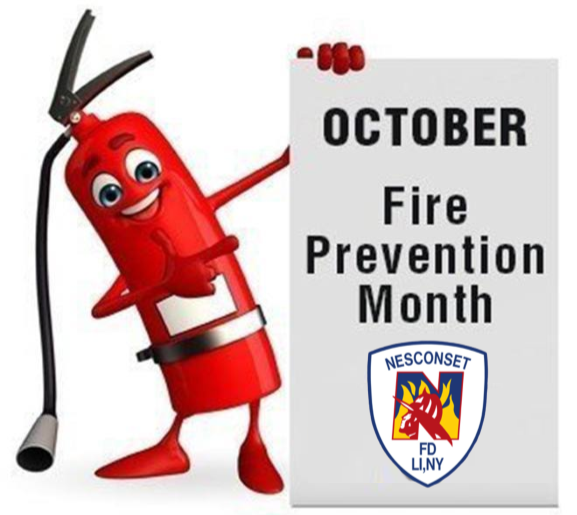 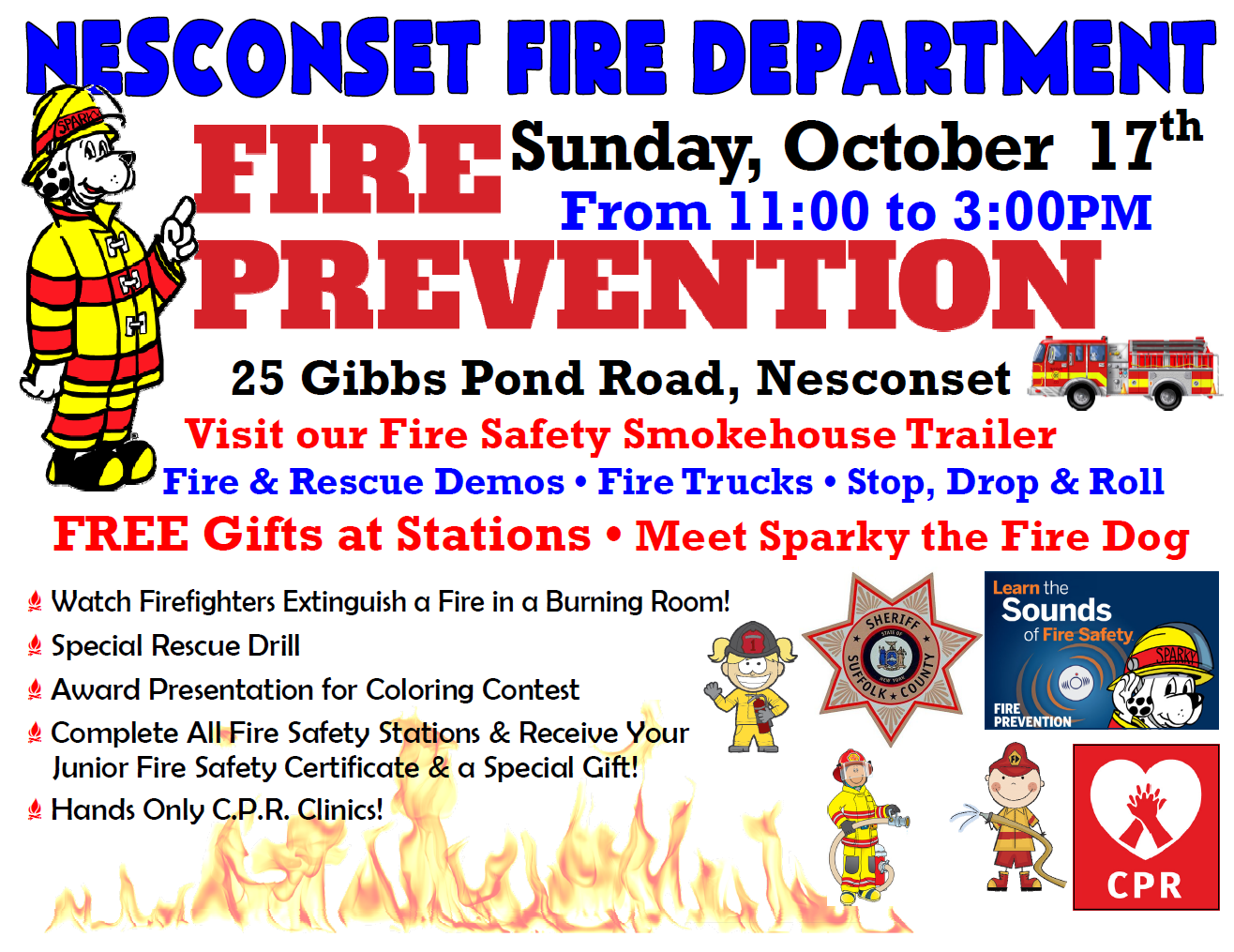 Your child should have received the below coloring page at their school.

Tips for Fire Safety for Kids:

Prevent Your Child from Starting Fires

The U.S. Fire Administration estimates that 300 people are killed and $280 million in property is destroyed each year as the result of children playing with fire.

Help Your Child Survive a Fire

Making learning fun for yourself and your children!

For more information from the National Fire Protection Assosciation and the American Red Cross, check out: 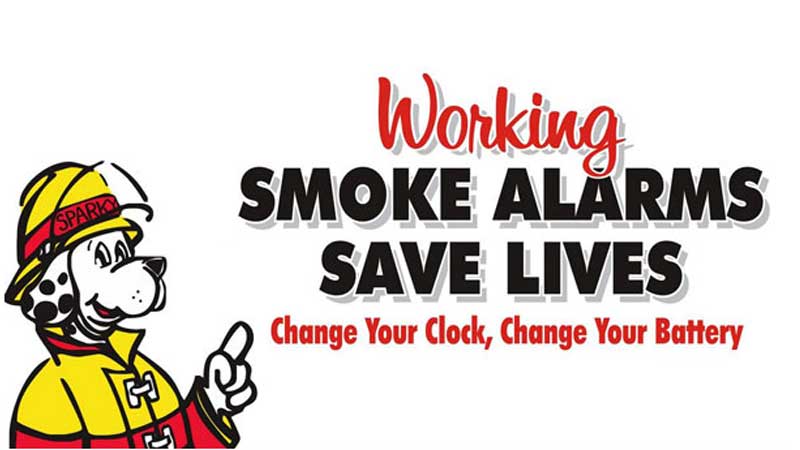 Your feedback is important to us!  Feel free to sign the guestbook.

Governor Kathy Hochul today acknowledged and honored the 24 firefighters whose names have been added to the New York State Fallen Firefighters Memorial during an event at the Empire State Plaza to honor the memory and heroism of the brave New Yorkers who lost their lives while performing their duties in fire service.

Landmarks to be lit include:

The Fallen Firefighters Memorial, dedicated in 1998, honors the memory and valor of New York's fallen firefighters at the memorial each year. The memorial also pays tribute to more than 100,000 New York State active career and volunteer firefighters who put their lives on the line every day in the name of public safety.

During Fire Prevention Week, the New York State Office of Fire Prevention and Control, within the State Division of Homeland Security and Emergency Services, partners with local fire departments, fire service organizations, school districts, civic groups, and the National Fire Protection Association to provide information and programs to the public about the importance of fire safety awareness.

In 2019, fire departments across the state responded to approximately 1,621,000 incidents, or an average of 4,441 incidents per day, 185 incidents per hour and three incidents every minute.

View map of Smithtown Fire Department Station 1, and get driving directions from your location .

About the Smithtown Fire Department Station 1

You may contact the Fire Department for questions about:

Firefighters found a blaze extending from the attached garage to the first and second floors, the department wrote on Facebook. Crews were led by Chief of Department Patrick Diecidue. All residents of the home evacuated safely.

Firefighters controlled the exterior fire before crews began working on the interior, as the flames had spread to the second floor and attic.

No firefighters or residents were injured, according to the department. The fire was extinguished by 7:48 a.m. The cause of the fire is being investigated by the Smithtown Fire Marshal's office and Suffolk County Police.

Fire Marshals are New York State peace officers charged with the enforcement of national, state and local fire prevention laws. Law enforcement training is provided through the Nassau and/or Suffolk County police and sheriff's academies. The Fire Marshals are certified arson investigators by the state and national fire academies and also registered by the state as fire code enforcement officials. Fire Marshals maintain other required certifications in disciplines such as hazardous materials response and handling, safety officer, incident command and emergency management.

Fire Marshals conduct code compliance and safety inspections of commercial and municipal sites. Reports are provided to administrators and owners which list items in need of corrective action. Determinations are made if businesses are required to obtain any operating permits issued by the division.

Fire Marshals respond to fire scenes to perform the investigation necessary to determine the nature of the origin and cause. While performing investigations, Fire Marshals work with the police arson squad, department of health and social service officials and other various agencies. They also respond to life safety incidents involving town properties and personnel for documentation, mitigation and corrective action. Because the town is host to one of the largest industrial parks in the country, there is concern also for hazardous material incidents. Daily, Fire Marshals gather information relative to the handling and use of such materials.

Through fire safety education programs to a variety of audiences, we have found another vital tool for the prevention of fire, and to train people how to handle emergency situations. Audiences include health care workers, children, senior citizens, civic groups and persons who are physically challenged. Training sessions are also provided to town employees in a variety of topics, including but not limited to; fire prevention, CPR, workplace hazard recognition, etc.

Dell latitude charger near me